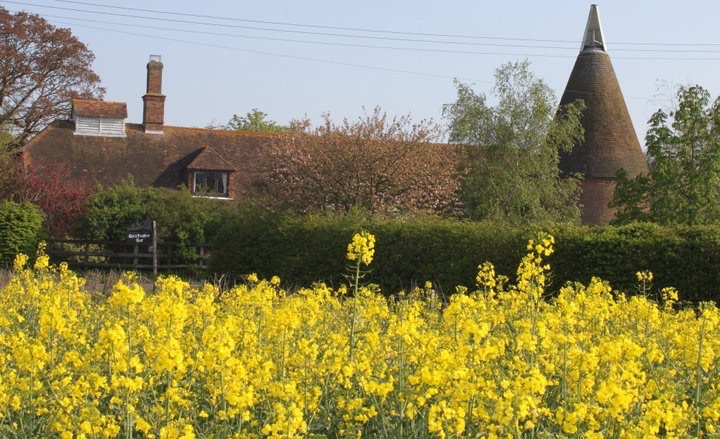 I love being outdoors and really enjoy walking but have never walked at night (unless you count staggering home from The Six Bells every beer festival).  So I was really pleased when my friend Fran suggested for her 50@50 challenge to me that we attempt the 8 mile moonlit walk in aid of The Heart of Kent Hospice, a wonderful charity and such a worthy cause.

We arrived a tad early (sorry Fran) after she had cooked me a great pasta tea and we had warmed up by playing tigers with her son James, but no, being a newbie to these things we had not factored in the wonderfully exuberant Ricardo who was to guide us through a Zumba workout…we managed to complete this avoiding sprained ankles from tripping over the numerous backpacks, heart attack from over exertion and overheating by divesting our fleeces to proudly deploy our purple decorated t shirts.  Our flashing bunny ears were donned and lit and we were off.  The party-like atmosphere was amazing, we found our pace (fast enough to take us near the front, but not too fast that we could not chat the whole way).  The road part sped by as cars tooted and revellers called support.  The half way mark greeted us with smiling volunteers (in fact it was so well organised and there were marshals the entire way round) offering water and chocolate fudge brownies…oh go on then…if I must!! Pub goers in West Malling high street ( I had forgotten how quaint it is here) were surprised by our constant streaming past and heckled in a fun way. My favourite part however was walking through a field, the moon had dropped, the Stars were out, an ethereal mist clung to the grassy edges.  The path in front was illuminated by pale blue tea lights and flashing bunny ears, so beautiful and moving..a time to reflect and ponder just how lucky we are.

The time flew by and we were back in 2hrs 25 minutes to cheers and clapping. The walk was in aid of a good cause, I chose to donate rather than fund raise, which I did on just giving today.  I would most definitely do it again too.  However, I have to say one of the best parts was being able to spend such a lovely long time with Fran, chatting, catching up, laughing and talking seriously.  This was another aim of my 50@50 to re-engage with my friends in a memorable way and simply have some ‘time’ distraction free to do so.  So far all of my challenges have achieved that and I feel more connected to each friend, family member because of it.

About 12 months ago I was with my brother Chris bringing my mum home from hospital and he was playing the most wonderful music.  So calming after the worrying previous few weeks.  He told me about his love of classical music, kindly gave me a CD and I was converted.  I began listening to classic FM

And this music became the backdrop to all my Christmas preparations. I loved it; rousing, gentle, consoling and vibrant but never invasive or brash.  However….I knew and still know nothing about it other than it transports me through multiple emotions in a matter of minutes like no other medium I had encountered.  I am ignorant about the operas, the meanings, composers and conductors and slightly concerned that it’s not really meant for someone like me!!! And here is where my great friend Helen comes into the picture.  Her 50@50 challenge for me was to go to The Royal Albert Hall with her to listen to the St Petersberg Philharmonic Orchestra, conducted by Yuri Temirkanov and featuring violinist Julia Fischer.

The food was amazing and we dragged ourselves away (reluctantly missing pudding) to arrive just in time to take up the fantastic seats Helen had booked, front row stalls within Spitting distant of the orchestra and providing prime viewing of the people standing in the pits, the architecture of the building and allowing a great sense of being in the midst of it all.  I freely admit I was nervous and excited but the next two hours flew by and I was wowed at the skill of the violinist whose body and facial expressions added to the expression of the music.  The conductor was quirky with his to and fro-ing back and forth, the stamping of the feet by the audience which resonated through you, the most phenomenal music, all came together…but not to alienate; quite the opposite.  The people around me were diverse in age, gender, dress sense but we all shared the bond of loving the music which was not staid or static to view as I had imagined but fluid and dynamic.  I also managed to avoid my biggest fear of clapping in the wrong place, just!!  Plus, I bought the programme, because whilst you don’t need to know anything, I now feel I would like to.  Thanks Helen for a brilliant evenings entertainment and broadening my horizons, I certainly intend to attend more concerts in the future and without any foolish concerns. 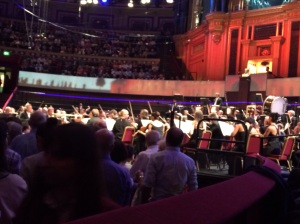 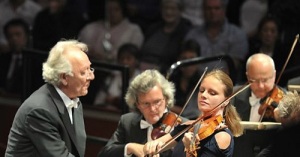 As part of my 50@50 Challenge I have asked friends and family to suggest some things to take me out of my comfort zone.  Today my friend Yvonne did just that!!  I love art but am quite conservative and just don’t ‘get’ a lot of modern art so Grayson Perry’s provincial Punk exhibition was something I would never have chosen to go to myself.

How narrowminded I have been.  It was amazing.  Yvonne is a potter so being able to enjoy the ceramics with her was a treat and I learnt a great deal about how Perry achieved the glazes, incorporated the texts, collages and drawings.  He uses such diverse mediums as there were also tapestrys, films, bronze and etchings too. We set ourselves the task of considering each piece and trying to decipher the meanings, beauty and merit of these palimpsestic works before reading the write ups.  It is amazing how even though the artist and our own lives are miles apart so much common thought can be transmitted through the art.  Including how subtle but powerful the role of icons, imagery and logos are in our lives.

The work was sexually graphic but never gratuitous or offensive and juxtaposed with the other images made me reflect upon my own thoughts on class, identity and gender.  The most surprising part of the day was how varied the audience were and a perfect example of how art can rip through boundaries.

This was a great exhibition, a great day, well worth a visit and FREE!! Thank you Yvonne 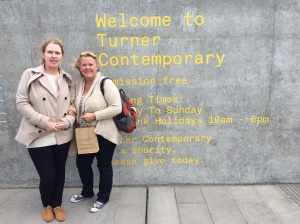